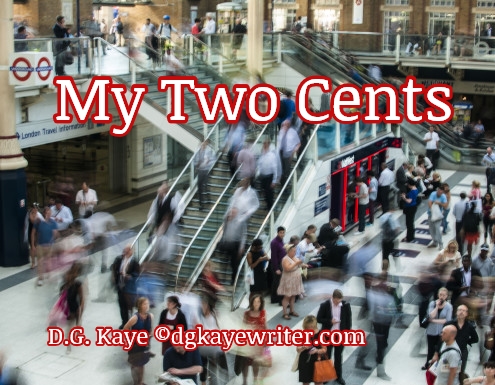 The battle of the taxis are going on in Toronto. The taxi companies want to get rid of Uber. For those of you who aren’t familiar with Uber, they are an alternative taxi service whereby, you download the app on your phone, fill out your info, insert a method of payment, and when you need a taxi you go to your app and order someone to pick you up, and pay a lot less than you would for a regular taxi. There are also bonus promo codes which can get you free rides. In fact, at the end of this post, I will advertise my coupon code if anybody would like to look into signing up for the service (available in many countries), and you can plug in my code and get $20.00 free added to your account.

I drive my own car, so I don’t find these Uber wars particularly bothersome, although Uber comes in handy for quick jaunts to the subway – cheaper than parking my car there. But I thought I’d offer my two cents about the situation.

Let’s face it my fellow Torontonians here, the cost of living here for everything from food to housing is getting out of control. The price of food, which I can justly speak out on, has gone up so much in just this past year alone. Some products (such as my favourite, almond butter) HAS DOUBLED! It makes me wonder, is there suddenly a shortage of almonds? I don’t think so! But people are learning about getting healthier and almond butter has been given a lot more publicity in the last few years, so of course, the greedmongers have to capitalize on it.

Contents of groceries have shrunk dramatically, yet the prices keep rising. Foreign investors have driven up the prices of real estate here so much that they aren’t even realistic. Starter homes are a thing of the past, or one would have to move to the far north outside the city to find something for under a half a million dollars! A new couple just starting out in life together, barely have a chance to get involved in the housing market. The banks have been very cautious, holding off from raising mortgage rates for an unprecedented amount of time, oddly, for a city with everything going up, up, to avoid a situation like what happened to the United States, not so long ago.

At a ridiculous rate of under 2%, mortgage rates fluctuate, depending on lock in term. That is the enticing feature for those who have managed to get into the market. People have stretched themselves to the max just to jump into the market and have a home at a half decent rate. The banks know very well, that many people are at their max budget currently, to enable them to keep their homes. If rates even double to 4% or less, which is still ridiculously low, for an average person paying $1000-2000 dollars a month, their payment will double! Many would have to sell their homes, which in turn would create the overdue bursting of the real estate bubble, and the banks would have to start owning many homes, all of which they are avoiding doing by leaving the rate alone. But seriously, it can’t go on much longer, and once again we will have a housing crash.

And so, now we have the taxi wars.

Taxis are ridiculously expensive, our streets are over-populated with cars, not enough highways to accommodate them, construction closings on a daily basis, which leaves an overflow of traffic scouring for alternate routes and therefore cluttering so many streets. These taxi meters click away at lightning speed as they endeavor to take us to our destinations at a snail’s pace. Enter Uber. In many cases, a fare will cost almost half of the price of a regular taxi. I say Uber is a smart commodity available to those drowning in expenses and have to get around.

Greed has taken over so largely in this city, it’s almost as though we may soon have to pay for the polluted air we breathe. If corporations don’t want to stop gauging consumers, we have every right to get the best bang for our buck and if I need a taxi, I too will be using Uber.

It’s not up to us struggling tax payers to worry about corporations making enough money. It’s up to our government to stop the greed. They need to stop taxing companies to the max, so they in turn can stop gauging the consumers.

PS: My promotion code for Uber is debbyg44ue if anyone signs up to Uber and uses my code, they will get $20 added to their account. As well, once you sign up, you will get your own promotion code that you can share, and the people who use your code, you will in turn get $20 added to your own accounts for every person who joins and enters your code!