Today I want to share a new promo my friend and author John Maberry is offering on  his book Waiting for Westmoreland. He very recently just republished a new Anniversary 10th Edition of his book, which I’m thrilled to help him promote here. You may think from the title it’s a book about war, but it’s a memoir with many rich lessons about life – the author’s dysfunctional childhood, his decision to sign up for the war, what he learned in Vietnam, his meeting and eventual marriage to his current wife and the racism he fought, and his eventual awakening to Buddhism. 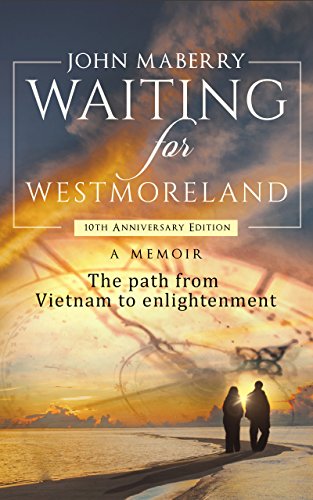 Get this book on Amazon HERE!

Those seeking happiness amidst the suffering or disillusionment of day to day life will find hope in reading Waiting for Westmoreland. Those seeking redemption for past mistakes, will also find a means to achieve it. The book is the true story of a 20th century Candide-an innocent growing up in America in the fifties. As a boy, the author suffers the death of loved ones. Spending a year in Vietnam corrupts him. Then the political realities of the war and Watergate shatter his idealistic illusions about America. He searches for tools to reform the country that failed him. His quest becomes a frustrating pursuit. Finally, he meets a person who tells him about the life philosophy of Buddhism. He learns that the credit or blame for all of life’s events lies within-not from others. Looking for happiness outside oneself is fruitless. Only by taking personal responsibility for one’s own life can one be truly happy. Reforming oneself, rather than changing others, leads to a better world.

Ten years ago, I published Waiting for Westmoreland, a book that detailed how Vietnam indirectly became the path to my enlightenment. People celebrate anniversaries. Seemed like a good thing to do, publish a tenth anniversary edition commemorating the occasion. To me, it really was a major accomplishment. I thought the cover didn’t do justice to the book, so I got a better one designed. I have a friend who buys copies and gives them away as an introduction to Buddhism. Twenty of them in the last couple years. Who better to write a foreword that I should have had ten years ago. It’s in the new edition. Life continues—with plenty of ups and downs (more of the former than the latter) over the past ten years, so I threw some of those in at the end. More will come in a sequel later.

It’s been ten years since Waiting for Westmoreland came out. Yes, the title refers to that general from Vietnam. But the book is really about how my experience in Vietnam put me on a quest to reform myself and make the world a better place. I have continued on that path to enlightenment over the past four decades.

We have published a tenth anniversary edition commemorating my first sharing that experience with the world in 2007.

This special edition has a colorful new cover, an expanded epilogue and a foreword by 40+ year friend and retired diplomat Bob Tansey.

If you haven’t read it yet, now is your chance to get the book at a holiday discount. If you have read it, now is the opportunity to buy one as a gift for a friend or family member who needs it. See the excerpt from the foreword below about why you should.

Excerpt from the Foreword:

John Maberry and I met over forty years ago. I’m pleased that we’ve kept close contact all these years. I went overseas with the foreign service and later as an environmentalist, spending most of the past thirty years living and working all over the world. John and his wife Juanita spent most of those years in Northern Virginia before retiring to a remote corner of New Mexico while my wife and I returned to the Washington, DC area a few years later.

John and I met because we were both attracted to the teachings and practice of Buddhism and are both members of the SGI-USA Buddhist community (see sgi.usa.org). I like to share the values and practice of Buddhism with others, and one might say it’s simply convenient for me to share this book, a story of my old friend and fellow Buddhist practitioner.

On deeper reflection, though, this book means a lot more to me – and may hold a lot for you! There are important universal truths in here, told through the story of my old friend. That’s why I buy this book and give it away to people—I believe that they can benefit from it possibly even in profound ways.

As John’s story unfolds in this book, we get to share in the lessons he learned of life and how he put those lessons into practice through great personal effort. He takes the past and rectifies it – turns “Poison into Medicine” rather than allowing circumstance to define him and how he will live.

Here is how you can get your copy of this wonderful book:

Or get an EPUB version for your tablet or other e-reader at that same price. Note: Nook, iBooks, Kobo and others are still pending but will be available soon.

Rather have it in print? The trade paper version is on sale at $10.16 plus shipping through December (a 40% discount from the cover price). Order soon if you want to send it as a gift–it’s 3-5 days to print plus shipping time (you can pay for expedited shipping, of course).

Special insider secret: – John’s book – The Fountain, will be FREE for Kindle on Amazon December 14 thru 16. The Fountain is a book of thought provoking short stories bordering on sci-fi. 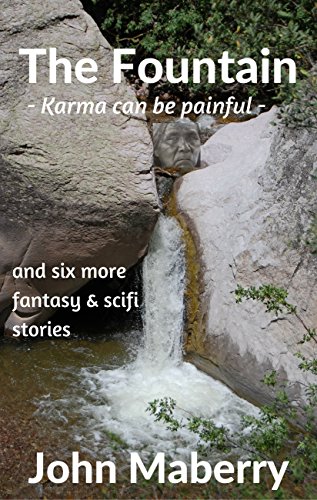 Get this book on Amazon!

I’ve read both of John’s wonderful books and you can see my reviews HERE and HERE.