Introducing author Marian Beaman with her long awaited book launch of her memoir – Mennonite Daughter – The Story of a Plain Girl, today for my Sunday Book Review.

As a nonfiction writer, I naturally gravitate  to same genre reading. I’m always eager to discover new and fascinating truths about life lessons and triumphs over life’s adversities and tribulations- especially when the author is someone I know. In today’s feature, Mennonite Daughter is the story of a girl growing up as a plain Mennonite girl, living inside the body of a girl who yearns to be fancy.

Marian has just launched her book and already buzzing around on book tours. You can read a bit about her below and I look forward to having Marian over for my new interview series next month! 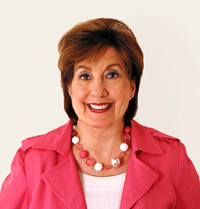 Marian Longenecker Beaman is a former professor at Florida State College in Jacksonville, Florida. Her memoir, Mennonite Daughter: The Story of a Plain Girl, records the charms and challenges of Mennonite girlhood in mid-twentieth century Pennsylvania. The writer’s formative years coincided with the decade before which the Lancaster Conference of the Mennonite Church experienced major change, especially regarding dress code for women.

Such is the backdrop for the story of one Mennonite girl who benefited from a sheltered life with boundaries, but who bucked church tradition along with coming to terms with an adversarial relationship with her father. She shares her story to preserve these memories and to leave a legacy for future generations.

One of Marian’s stories “Gutsy in Ukraine” was published in My Gutsy Story Anthology by Sonia Marsh, September 2014. Another story Making Love Edible, appeared in the Food and Faith issue of The Mennonite, September 2016. The Jacksonville Arts and Antiques magazine published a patient profile in the fall 2018 issue. Her memoir will be featured in the National Association of Memoir Writers’ Virtual Book Club, 2020.

The author writes weekly on her Plain and Fancy blog: https://marianbeaman.com. She lives with her husband Cliff in Florida, where her grown children and grandchildren also reside. 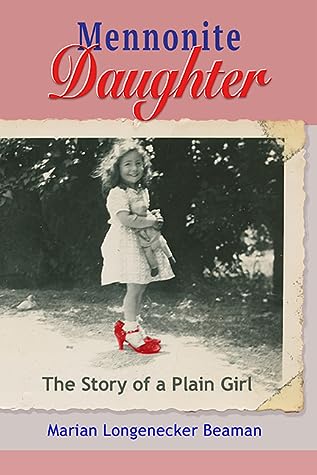 Get this book on Amazon!

What if the Mennonite life young Marian Longenecker chafed against offered the chance for a new beginning? What if her two Lancaster County homes with three generations of family were the perfect launch pad for a brighter future? Readers who long for a simpler life can smell the aroma of saffron-infused potpie in Grandma’s kitchen, hear the strains of four-part a capella music at church, and see the miracle of a divine healing.

Follow the author in pigtails as a child and later with a prayer cap, bucking a heavy-handed father and challenging church rules. Feel the terror of being locked behind a cellar door. Observe the horror of feeling defenseless before a conclave of bishops, an event propelling her into a different world.

Fans of coming-of-age stories will delight in one woman’s surprising path toward self-discovery, a self that lets her revel in shiny red shoes.

Mennonite Daughter is a beautifully written story about the growing up life and aspirations of one feisty and longing-to-be fancy girl who although practicing her faith obediently, longs to be free from some of the conforms of the Mennonite lifestyle.

Beaman, a girl, not unlike any other girlie girl, striving for her chance at a life free from head coverings and traditional clothing, as her desires since childhood grow to break free from tradition. We learn a lot about the Mennonite way of life, Beaman’s life, the close knit family and community life, and the antiquated punishments inflicted on her by her father, and about the mother who  never interjected on those punishments, all because she spoke out for her convictions. The whippings and being locked in a dark, scary basement were the weapons of choice as punishments and discipline for her non-compliance in a world of which we’d now consider as child abuse. One heart trembling sentence that stood out to me, “I always watched for signs that Daddy was about to explode, so I wonder why I didn’t stop before I ignite the fire.” We’ll learn once again, as many writers like myself have lived and wrote about, if we search for the ‘why’ in someone’s behavior, we’ll almost always find the root cause.

The heartaches in this book are palpable through the pages for this straight A student who received no recognition or validation from her parents; and the welcomed tender mercies she did receive from her dear Aunt Ruthie and her paternal grandmother Longenecker. It seemed any moments the little girl felt excitement for were often quashed by disappointment. One example of this was in the chapter – ‘Tomato Girl gets a Bike’ – Young Mennonite Marian helped work the tomato farms tirelessly, both planting and reaping the fruits of labor. She received 10 cents a basket for her labor from her frugal father, and as reward for her upcoming birthday he promised he would buy her a bike. She held her excitement in anticipation until she felt as though she wasn’t worthy enough when her father eventually presented her with a well worn bike instead.

The author takes us through her life with a giant glimpse into the Mennonite world, sharing the religion,  her beliefs, chores, and family gatherings – even photos and recipes are included, to demonstrate her world of godliness and her struggle to endure conformity, hoping that some day she will get to wear those red shoes! I loved this book! #Recommended.