No Widgets found in the Sidebar Alt!

No Widgets found in the Sidebar Alt!

I was elated to be invited over to Sue Vincent’s blog, The Daily Echo, to share a post I wrote about my husband’s experience and red tape we encountered when trying to reinstate his driver’s license. 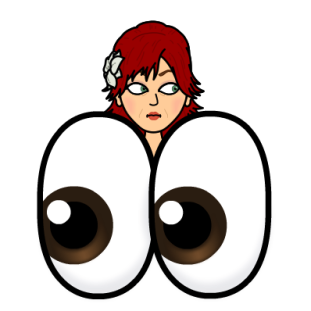 On May 10th my husband turned eighty years old. God bless him, he’s made of Teflon because he’s bounced back from many ongoing ailments, many times. Turning eighty in Canada also means, by law, that it’s time to get re-tested with an aptitude and vision test by the Ministry of Transportation, and every two years thereafter to maintain a driver’s license.

My husband is a good driver and has been driving since he’s eight years old! I kid you not! Eight? You may be wondering, but yes, he grew up in a small town outside the big city of Toronto, on a farm. My husband drove a tractor by age eight to help his dad on the farm and began hauling cattle by the age of fourteen, so no surprise he aced his license at sixteen.

At twenty-two, hubby moved to the city and began selling cars, and still does when his health permits him. So it should have been no big deal for him to pass the re-evaluation test, which he did . . . except there was an issue with his vision test – one I wasn’t aware of.

The agent handed him a form asking that it be completed by his eye doctor, filled out after testing him then submitted by fax back to the Ministry to re-instate his license. She told us she would enter the form with the passing grade in the computer system, awaiting the completed eye test confirmation to reinstate his license. Only it wasn’t that simple. . . continue reading

More Sharing Buttons - The WP button is for reblogging!

D.G. Kaye is a nonfiction/memoir writer, who writes from her own life experiences and self-medicates with a daily dose of humor.

Guest Feature – Madelyn Griffith – Haynie on The Power of Reading

Memoir Byte: – Reminiscences of the 70s and 80s – Fun and Fearless

This site uses Akismet to reduce spam. Learn how your comment data is processed.

Just so you know!
Your email will never be shared or sold

This work is licensed under a Creative Commons Attribution-NonCommercial-NoDerivatives 4.0 International License.
© D.G. Kaye and DGKayewriter.com, 2014 – 2021. Unauthorized use and/or duplication of this material without express and written permission from this site’s author and/or owner is strictly prohibited.

Excerpts and links may be used, provided that full and clear credit is given to D.G. Kaye and DGKayewriter.com with appropriate and specific direction to the original content.  Please contact the author to inquire about use of photos, links or posts for permissions.

Get my posts emailed weekly

Dig Through My Past Posts

How You Can Help Australia, Click on the Image

About Margaret Atwood | Analyze your text

Visit us at Sisters of the Fey

AUTHORGRAPH – Want any of my ebooks digitally signed?