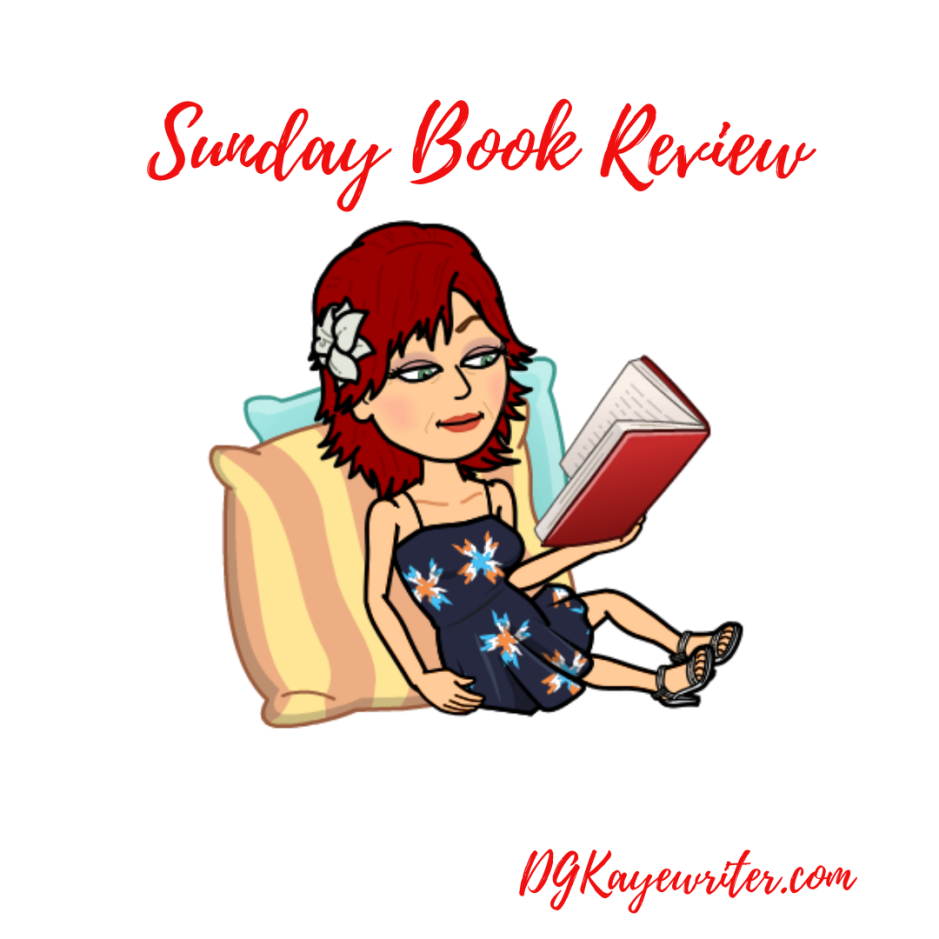 Welcome to my Sunday Book Review. Today I’m reviewing Diana Peach’s newest release – The Necromancer’s Daughter. For those of you who regularly read my Sunday reviews, you will know fantasy is not one of my most go-to genres. But besides the beautiful cover, and the fact that I devoured Diana’s last book too, The Ferryman and the Sea Witch, the concept of this story had piqued my curiosity. Read my review below to see why. And let me add. I was addicted to the story and found it difficult to put the book down. Judging by the wide great reception this book is getting, I urge you to grab yourself a copy and prepare for a great adventure escape – especially while it’s on sale now for 99 cents!

A healer with the talent to unravel death. A stillborn child brought to life. A father lusting for vengeance. And a son torn between justice, faith, and love. Caught in a chase spanning kingdoms, each must decide the nature of good and evil, the lengths they will go to survive, and what they are willing to lose.

A healer and dabbler in the dark arts of life and death, Barus is as gnarled as an ancient tree. Forgotten in the chaos of the dying queen’s chamber, he spirits away her stillborn infant and in a hovel at the meadow’s edge, breathes life into the wisp of a child. He names her Aster for the lea’s white flowers. Raised as his daughter, she, too, learns to heal death.

Denied a living heir, the widowed king spies from a distance. But he heeds the claims of the fiery Vicar of the Red Order—in the eyes of the Blessed One, Aster is an abomination, and to embrace the evil of resurrection will doom his rule.

As the king’s life nears its end, he defies the vicar’s warning and summons the necromancer’s daughter. For his boldness, he falls to an assassin’s blade. Armed with righteousness and iron-clad conviction, the Order’s brothers ride into the leas to cleanse the land of evil.

To save her father’s life, Aster leads them beyond Verdane’s wall into the Forest of Silvern Cats, a wilderness of dragons and barbarian tribes. Unprepared for a world rife with danger and unchecked power, a world divided by those who practice magic and those who hunt them, she must choose whether to trust the one man offering her aid, the one man most likely to betray her—her enemy’s son.

From best-selling fantasy author D. Wallace Peach comes a retelling of the legend of Kwan-yin, the Chinese Goddess of Mercy. Set in a winter world of dragons, intrigue, and magic, The Necromancer’s Daughter is a story about duty, defiance, cruelty, and sacrifice— an epic tale of compassion and deep abiding love where good and evil aren’t what they seem.

I’m going to start this review by saying that fantasy is not my go-to genre, but being a big fan of Diana Peach’s writing, and the storyline of this book, I couldn’t wait to get my copy. I was engaged from the first page and felt it difficult every time I had to put down the book.

This is a story about good vs. evil. We are first introduced to Barus, as he works with his adoptive mother Olma in their rustic shack-like home making up magical concoctions to heal the sick in the wilderness in the village of White Leas, Verdane. Olma also has the gift of being a necromancer – bringing the dead back to life. Barus has yet to master this gift but is put to the test when the vicar of the Red Order bangs on their door demanding they save his dead son. But it’s too late to bring him back and the vicar beats up the already semi-crippled Barus and his mother and destroys their meager contents, vowing to come back to avenge them.

Later, Barus is summoned by the King of Verdane to save his almost still-born child and his wife, the queen. Their marriage was a blend of two kingdoms – Verdane, and the Princess of Blackrock. But the Red Order intervenes and vows the people won’t accept anyone brought back to life. The child is born dead, and left as forgotten, but Barus hides the stillborn under his cloak on his departure, and performs his first necromancer ritual to bring his now adopted daughter, Aster, back to life. In the meantime, the king becomes aware of Aster’s existence and keeps an eye on her from afar, until one day when he is aging and realizes he has no heirs, he goes to summon her to come back to his castle, but the ‘Red Order’ weren’t going to have any of that. This sets Aster fleeing her home with her father Barus whom she first finds a safe place for him to stay while she continues to flee through the icy cold forest of the Silvern Cats, east, to find the king of Blackrock Kingdom where her birth mother had come from.

Along her journey she meets some interesting people who help her on her journey – mainly, Joreh, ironically, the vicar’s son, who saved Aster from his own father’s evil edict, and Teko, a barbarian cutter from the forest, and they run into many perils along the journey of escorting Aster to Blackrock through the forest in dead of winter. The action and suspense is nonstop.

Aster has the gift of a gentler, as her birth mother did. She is able to tame dragons that typically attack others, and there is one in particular that shows up at the right times in her hours of need. She also learned the craft of necromancy from her adopted father, which quite often puts her in peril as she is called a witch who preforms evil, instead of being praised for giving back life.

The plot kept me glued as Aster travels through forests and cutters and dragons and evil-doers with her new-found friends and allies in her efforts to reach her uncle, the King of Blackrock, for safe harbor, and to acknowledge she is the lost daughter of the Princess of Blackrock. She must prove herself many times over to spare her life, which is threatened repeatedly in this riveting telling.

Her quest continues and has her journeying back to Verdane to gain her rightful place as queen and to find her beloved father Barus, and in so doing, she hopes to make peace between Verdane and Blackrock, and with the Catticuts in the forest in between the two lands, instead of the constant warring between them all. With her new friends Joreh, son of the evil Vicar of Verdane and the Red Order, and Teko from the Catticut forest tribe, it was an addictive read, hoping they make the journey back to the west, safely, and hoping Aster will be accepted as the rightful new queen.

This story will grab you from the beginning and will tug at your heart strings as you root for Aster and continue to hope that goodness will overtake the evil of greedy men and their ignorant beliefs. The emotion that Peach masters in this book jumps off the pages and had me tearing up through the last chapter, but I cannot tell you why. You will have to read for yourself.

Peach is a master fantasy story teller and world builder. In this book she brings in the two opposing elements of good and evil – Aster, the daughter of royalty with a healing gift, but considered witchery and not accepted, as necromancy is a black mark deemed evil by the actual evil people in her world. Peach can write about flawed characters and deplorables, yet bring out the human side in them. This book is a fast-paced plot that will keep you turning the pages and rooting for all the good people as the story unfolds and leaves us remembering the characters long after reading.

Just wanted to share this fantastic offer. Colleen Chesebro has both her books, Fairies Myths & Magic, and Swamp Fairy on sale now for just 99 cents. I’ve read them both and highly recommend, especially if you love all things fantasy and magical!

“The Heart Stone Chronicles: The Swamp Fairy,” and “Fairies, Myths, & Magic ~ A Summer Celebration,” are both on SALE for $.99 each for the entire month of December 2018.

It you haven’t had a chance to experience the magic, now’s your chance!

Fourteen-year-old Abigale Forester, recently orphaned and a ward of the State of Illinois moves from Chicago to Florida to live with her aunt, her last living relative. Magnolia Forester becomes her legal Guardian, and together they claim an ancient inheritance; land that belonged to Abby’s mother’s family for generations.

Holding onto the only piece of her mother Abby has left, a calcite pendant and her mother’s most sacred possession, she discovers the truth of her legacy. The pendant is more significant than she could possibly imagine. Forged from a giant mystical heart-shaped stone found on the very swamp land Abby now owns, it holds the power of her ancestors.

But with that power comes greater responsibility, one that pits her against Rafe Cobb, a greedy land developer, who will stop at nothing to own Abby’s swamp land.

As Abby learns to be part of a family again and explores her love of horses with friends, Savanna, and Blake, the swamp slowly gives up some of its secrets. She is summoned by a primeval nymph, who teaches Abby that her true destiny is to protect the nymphs from evil in an ever-changing modern world.

Can Abby save the swamp and the Naiad Nymph Clan from certain destruction before it is too late?

Step into a world where fairies, dragons, and other magical beings converge in a collection of poetry and short stories inspired by the celebration of Litha, the Summer Solstice.

Meet Drac, a dragon cursed by his own poisonous deeds, and two pixies who help an old man remember a lost love. You’ll meet a pair of fairies with a sense of humor, and a young girl who fulfills her destiny after being struck by lightning. Learn what happens when a modern witch’s spell goes terribly wrong. Meet the Sisters of the Fey, a group of Slavic Witches who sign a pact with the Rusalki Fey to preserve their magic for the good of all.

Atmospheric and haunting, the prose and poetry, will rewrite the mythologies of the past bringing them into the future.