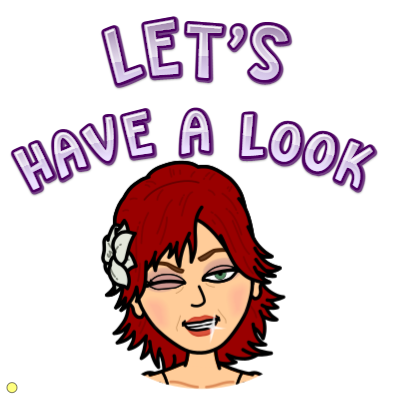 Welcome back to my ‘Let’s Have a Look’ series where I talk about random subjects that grab my attention and give me pause. In today’s segment I want to talk about a question posed from a documentary I watched called Crazy, Not Insane.

This doc was created from the writings of forensic psychiatrist, Dr. Dorothy Otnow Lewis who worked on many cases involving serial killers and murderers. Dr. Lewis was a pioneer who began to question the makings of murderers – both notorious and not, stating that people aren’t born evil, but states when physically abused from childhood, those children grow up damaged, either recoiling from the world with their inflictions or taking on multiple personalities summoned by the child to help them endure living the nightmares of abuse. She was one of the first doctors to bring up the diagnosis of multiple personalities killers, diagnosing cases of Multiple Personality Disorder (aka Dissociative Identity Disorder). Dr. Lewis was summoned to many court cases to offer her opinion and diagnosis. She also believes that many killers who were physically abused had been left with integral parts of the brain damaged, which in part contributes to a killer’s motivations. For Dr. Lewis, it was all about the ‘why’ of the crime, more than the crime itself.

Dr. Lewis had taken a lot of flack for her diagnosis of multiple personalities over the years, and in this doc, she indicates – those in question of her work have been touted as heretics who believe the humanity of killers is non relevant.

Dr. Lewis basically states that her intentions when evaluating violent criminals are to assess where the rage stems from – because it always does stem from something, and she states that the criminal system is a one stop shop – prosecute, jail or execute without taking into consideration mental health inclusions. She by no means advocates to free these killers, but mostly speaks up about the decisions of execution. For the multitude of criminals in the system, they are punished for life and/or executed where she feels many of them should have been sent to a mental institution instead of executed.

This is all a very touchy situation as I can well understand that as a doctor of psychiatry that she would wish to get to the root of a convicted killer’s motivations, while at the same time states about the over abundance of criminals in the system where concern is not something that’s recognized in most cases about why someone acts out in violence, but resolve is to punish. This is the stance Dr. Lewis takes. Despite the skepticism of some of the doctor’s analysis of crazed killers, many agree that punishing by death penalty is not always just.

Below is the trailer for the documentary

I suppose the matter in question is that Lewis being called upon to testify in several reknowned serial killer cases with her expertise on such murderers seems confusing because she is asked for her professional opinions on such cases and feels as though her testimonials don’t figure into the punishments, whereby most of these types of trial outcomes never factor in any rehabilitation for these criminals, only punishment. Honestly, this is a toughie because in essence, the criminal justice system works to put murderers away as a justice, yet nobody seems to care about the whys of the criminals. I feel like the situations are double-edged swords, but the bottom line is to take these dangerous people off the streets. Sadly, these types of criminals aren’t usually seeking physciatric help before they kill, and once they kill, it’s understandable the people seek justice. If I put myself in the shoes of the loved ones left behind seeking justice for the murder of their loved ones, I should think that I too would be concentrating on justice, despite my agreeing that these killers obviously are damaged from some incidence.

Comments are open for opinions.

26 thoughts on “Let’s Have a Look – Crazy, Criminal or Insane? #Documentary Commentation”