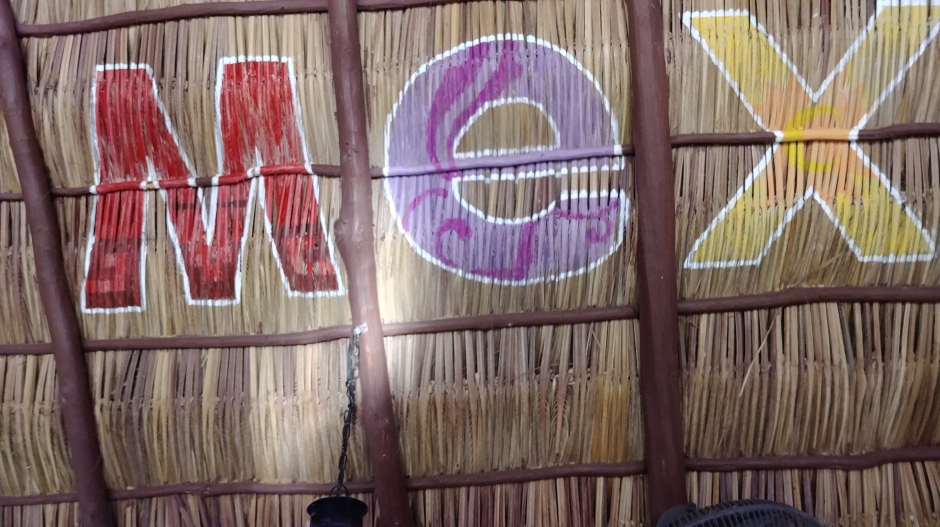 Hello Everyone! I’ve recently returned from my two-month getaway to sunny Puerto Vallarta, Mexico. It was a whirlwind trip to say the least, as usual – beginning and ending with horrendous travel day experiences to both start off and finish off my vacation.

I’ll just mention the day before and travel day home. My province conveniently lifted Covid airline testing – the day after my return. I had to pay $40 Canadian to have a rapid test I was already doing free, myself, a few times a month. I had to fill out an ArrivCan app with Covid vax info, etc., that nobody even checked for. I went to check in online and discovered the upgrade seat I’d paid $54 for last May when I booked the trip wasn’t showing and proceeded to award me some new random seat and auto sent me the boarding pass. There was no way to contact them. I’d already been warned to get to airport now 4 hours early instead of 3. I knew I’d have a problem at checkin. Online didn’t even let me fill out how many bags I was checking. I knew I had to pay $50 for the 2nd bag. Somewhere in the kerfuffle, they did forget to charge me.

The airline wasn’t lined up yet but the airport was packed. Thanks to only having two days a week our airlines fly out on, instead of the old daily flights. The agent apologized, even with the confirmation email I showed her on my phone, for my paid seat. Plane was full, nowhere else to sit, and take it up with Air Canada for my refund was all the sympathy I got. Which of course, I am currently waiting for some response from them before I have to go on another Air Canada rant. This flight wasn’t assigned a gate – the only flight in the whole airport which NEVER got a gate listed on the board. There are two floors in PV airport. I dragged my carryons up and down and back again, and I was far from feeling friendly. Finally, after inquiring for the umpteenth time, I was told a gate – back downstairs, and boarding in 20 minutes! I stood in line to get the bus that would take us to the plane. I stood in front of a lovely family of three, who happily told me they all had the Covid two weeks ago. I was glad to be wearing TWO masks. Naturally, the plane was late forty minutes. I landed into an absolute craziness and archaic system at customs, after walking about another mile from the hangar to customs. Seriously, there was a moment I thought I was going to pass right out as I trudged along with two carry bags. I can’t imagine older people with mobility problems being able to travel the unbelievable distance, only to arrive at zigzag lines set up to wait in for the automated kiosk to fill out life story, then to join a smiliar set up in new lines to actually pass through a customs officer. WHY the 90 minute lineup crap twice? Then, finally off to get baggage (porter -$15, limo $72 to get home.)

I’ve taken many photos on this trip which I’ll be sharing here in various posts of highlighted moments of my trip, but since my SIM card holder in my phone cracked while replacing the Mexican one with my home card, and my storage card full of pictures included, I’m now awaiting a new one that apparently, will take a week delivery from Amazon, I’ve been busy trying to fish out copies from the cloud download. It seems technical woes are like a magnet with me. So I can presently only be contacted by Whatsapp call and texting, while home on my wifi, until I can get my SIM card working

About the beginning… I was very apprehensive about even taking this ‘solo’ trip, and for the first two weeks of it, I was contemplating coming home early as I learned old friends really weren’t, until I met some new, ‘real’ friends.

Travel day was hard. Of course I had to play, the ‘weighing the suitcases’ game. Without my husband, this was a whole new travel experience in many ways. I had a lot of things to bring along and with 50 pound max per bag, I had to do some fancy footwork, as well as ultimately, having to leave some gluten-free food items behind because there was no way I could pack it all. I had finally opted for a carryon bag WITHOUT WHEELS, because it was a good size bigger than the one with wheels, and that became an albatross on my back.

As usual, the gate to my boarding upon departure was the furthest gate. After all the checkin and security longggggggggg lines, I must have walked a good mile, plus. Wearing a mask and gasping for air, about halfway, I’d finally decided to drag the carry on by it’s shoulder strap, like a leash on a dog as I could barely walk anymore. I was running out of steam. No sooner did I sit down at the gate, they announced GATE CHANGE….the complete opposite end of all the gates. After two flight delays, I finally landed.

The driver I’d hired to pick me up at airport was long gone and/or nowhere to be found. No surprise as I’d spent two and a half hours in Puerto Vallarta airport between immigration lines, then customs. Who would have even thought there was a pandemic going on with soooooooo many people. I must have landed along with ten other flights! Hence, my driver had vanished and I was standing in the hot sun, new lineup for a taxi. Thankfully, the agent was at my condo rental when I finally got there.

The condo: Up very high, 25th floor, beautiful view, could tell a man owned it, kitchen supplies were sparse. Grateful for the height when it came to not having to hear the crazy music on weekends from the ‘shady’ club the next building over.

Long elevator waits, especially when one is constantly out of service and never anything being done. Rinse, repeat, at least three times a week. But was happy to see mask protocol signs on the elevators. The Mexicans are mask abiding citizens, which made me feel that much more comfortable.

I came back from my first massage in two years, to a flooded front hall. Had to call manager to get maintenance up there pronto, but pronto is the complete opposite of manana time.

The condo door swelled on humid days, requiring a tug upon closing…only there was no outdoor handle on the door. The door lock is automated and won’t sense the door closed. The first episode had me standing in a hot outdoor hallway trying to devise ways to tug on a handleless door. After wasting two of my precious sun hours, waiting for assistance, it was a temporary remedy. The second time it happened, I thankfully, already had friends. I called my friend Shelley and she sent her husband John with mini tools. He took the handle off the inside of the door and put it outside the door – where it belonged! No more problems with that.

Wifi is always wonky in that building, this time, no exception. I magically managed to lose the capability to connect to the bedroom TV, after being able to for the first week. Thank goodness the TV connection worked in the living room, as I needed my night time Netflix. The Wifi sucked when it came to video calls on Whatsapp, but at least worked without video.

My apprehnsion about even going on the trip was a mixed bag of emotions. I was going somewhere familiar where I thought I’d had friends I’d spend time with, but I quickly found out, once I had become a single from a couple, there was no room for me.

People my husband and I knew previously acknowledged condolences and then pretty much disappeared. I became nothing more than someone you’d casually pass on a lounger and say a quick hello to. Sure I talked to people. Everyday I’d sit at the pool and chat with whomever was sitting beside me. Casual chat and company to pass the day with until lonely nights came along and I had nobody to pal around with except one funtastic night with our old ‘Dakota’ friends, Kathy and Fred, and Jackie and Paul. We’d known them for a few years and the guys were pals with my husband. They had a lot going on and visitors at different times and I was never one to impose on other people’s vacation. But they had kindly invited me out with them for an evening of dinner and a tribute live show to Gladys Knight. We had a blast! We also drank too many Margaritas that night and were all a bit hung over the next day. That was week one.

We laughed a ton and enjoyed ourselves at the pool together.

A few more days rolled by and suddenly it was Valentine’s Day. The girls were out shopping when I noticed Fred (Kathy’s husband), walking across the length of the pool carrying roses in a vase. I shouted out to Fred about how beautiful the roses were as he seemed to be making his way over to me, and he then handed them to me, gave me a hug, and he whispered, “George asked me to give you these.” I had never felt so touched by someone’s kindness as in that moment as tears welled. It seemed the whole pool of people were watching where those roses were going, and once Fred presented them to me, there was applause from the spectators. It was quite a moment.

That day will stay in my heart forever. And not long after that day, the universe had sent me some new wonderful friends – Canadian friends, it turned out, who I laughed with all the rest of my vacation days. My social life picked up big time and some great friendships were made. And soon enough the days were turning into nights. Up early daily by 7am, outside all day, back up for quick showers and out again, that’s how my days began to pass. I made great friends with 5 different groups of people, and before long I’d introduced them all to one another and let’s just say, there were plenty of Margaritas to be had – some better than others.

Next time, I’ll be sharing stories about my other new friends, places we went to, and observations about what had changed there since my last visit in 2020. Needless to say, my writing time evaporated, condensed to journal notes, and not nearly enough books read when busy blabbing all day and night.

In the meantime, I’ll share a few more photos:

Stay tuned for next week’s continuation of friends and fun!